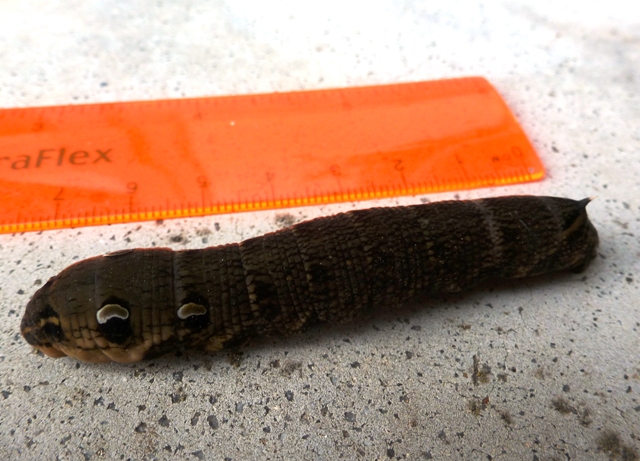 Back in early September this Elephant Hawkmoth caterpillar was happily making its way across our vegetable garden when it bumped into one of our cat’s paws! Luckily I was on hand to rescue it before Holly managed to play with it and cause it any harm.

The Elephant Hawkmoth derives its name from the long, trunk-like nose that it has as a caterpillar. Measuring about 75mm in length it is easily the biggest caterpillar I’ve ever come across. The Elephant Hawkmoth caterpillar is often seen between August and September moving quickly across open ground as they look for somewhere to pupate. The caterpillars feed on bedstraw, willowherb and fuscia. They pupate from September through to the following May when the adult moth then emerges and can be seen flying throughout early summer.

The Elephant Hawkmoth is common throughout France, preferring open woodland, grassland areas and gardens where it enjoys feeding on Honeysuckles and Petunias. The moth has a wingspan of 50-70 mm and is a beautiful deep pink and olive colour. I’ve not been fortunate enough to see the moth yet, but I’ve included a photograph of one below for your reference. I’m hoping that now I have a happy, safe caterpillar in the garden that maybe next year I’ll be able to share my own photograph of the Elephant Hawkmoth with you!

If you’ve been lucky enough to take a photograph of one or have seen one in your area, please let me know by leaving your comments in the box below. 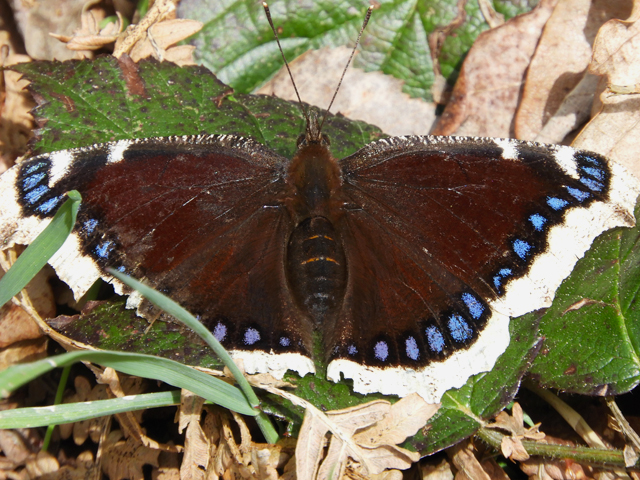