Warning: "continue" targeting switch is equivalent to "break". Did you mean to use "continue 2"? in /homepages/44/d289637826/htdocs/gardenblog/wp-content/themes/oldpaper/framework/redux-framework-master/ReduxCore/extensions/customizer/extension_customizer.php on line 343
 jardin-perdu / La Fleur de Lys; The National Flower of France - jardin-perdu 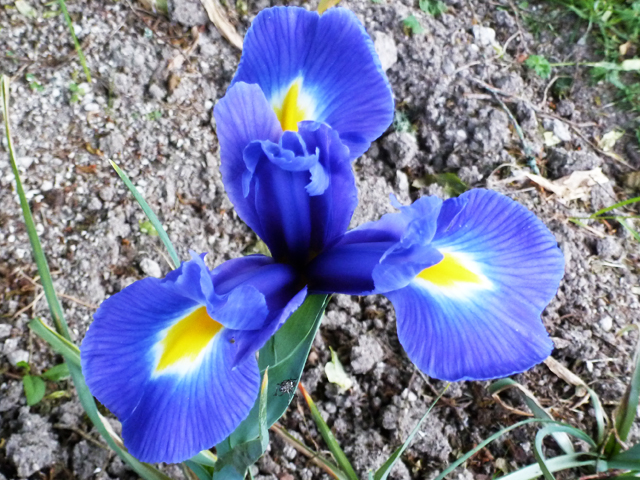 Today is the Fête Nationale here in France or as it is more commonly known outside of France; Bastille Day. It’s a national holiday that commemorates the storming of the Bastille on 14th July 1789, the day that is considered to have been the turning point in the French Revolution.

I thought I’d take this opportunity to explore the history behind France’s National Flower, la fleur de lys, or Iris. It is a stylized version of the flower, thought to be iris pseudacorus, which is used for the country’s insignia and national emblem.

For such a beautiful flower its history is complicated, contradictory and very unclear, but what does seem evident is that it is very much entwined in the power of the French Monarchy, religion and war.

The history of the fleur de lys starts with a legend, the one of King Clovis I, the Merovingian king of the Franks.

‘It is said that Clovis, on his way to fight the king of Aquitania Alaric, and defeat him at Vouille near Poitiers in 507, was searching in vain for a ford to cross a river, when a doe, frightened by the soldiers, jumped across the river along a ford that it only knew. The whole army then followed. On the banks, wild yellow irises grew in abundance: Clovis came off his horse, picked one and put it on his helmet as a symbol of his future victory. Thereafter did the kings of France use the fleur de lys as their emblem’ source (source http://www.heraldica.org)

I have to say that I rather like that story, but alas, by most experts it is considered to be little more than a fanciful tale.

It is more widely believed that it was in the 12th Century that the fleur de lys first truly became associated with France and its royalty. According to most sources (and again they do conflict) it was either King Louis VI (1081 – 1137) or King Louis VII (1137 – 1180) who was the first king of France to display the stylized iris on his battle shield. Whichever the truth, by the end of the 12th Century the fleur de lys had become synonymous with French royalty, with King Louis XII (1460-1515) officially making it the national flower and symbol of France.

There are about 200 species of irises from bearded to beardless, from Japanese to Dutch, from tall to dwarf. Their classifications feel endless, and somewhat confusing, but they are very versatile perennials with varieties available for just about every location in your garden. 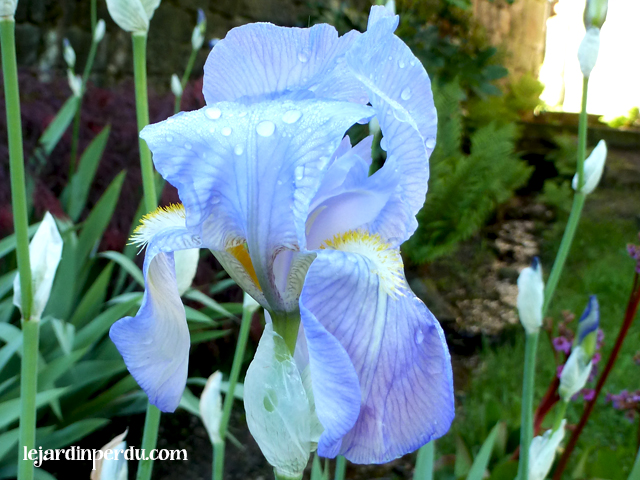 Here’s my quick guide to some of the iris varieties, where they can be planted and when they flower.

Edge of pond or stream 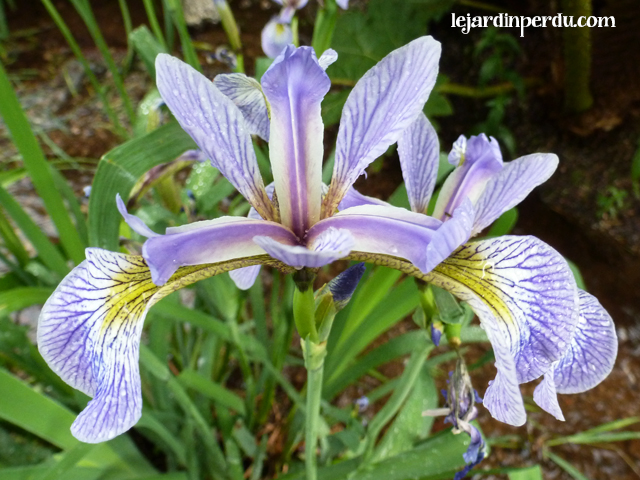 Iris ensata: Flowers June – July. Plant in poorly drained soil, along the edge of water is ideal, in full sun or partial shade

Iris laevigata: Flowers June – July. Plant in poorly drained soil either in or along the edge of water, in full sun. 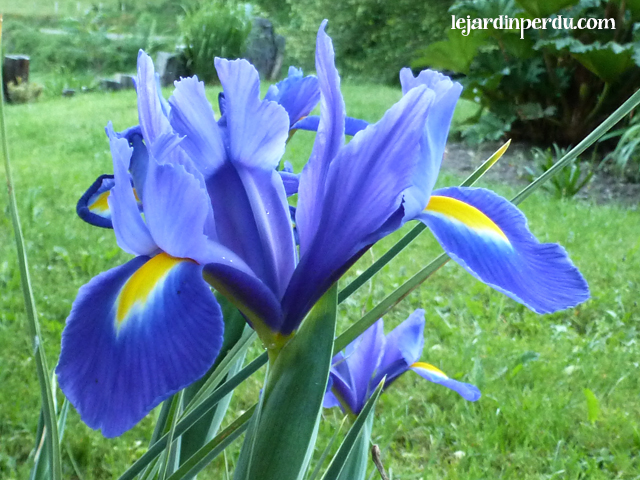 Throughout today the French will be celebrating their Fête Nationale with their families and friends. Enjoying large meals together and watching firework displays tonight. Here we will be celebrating our own milestone with a bottle of champagne. Seven years ago today we moved into Le Jardin Perdu; a shell of a house with just grass surrounding it. Although our home and gardens are far from finished I wouldn’t change living here for anything.