Warning: "continue" targeting switch is equivalent to "break". Did you mean to use "continue 2"? in /homepages/44/d289637826/htdocs/gardenblog/wp-content/themes/oldpaper/framework/redux-framework-master/ReduxCore/extensions/customizer/extension_customizer.php on line 343
 jardin-perdu / Sowing Vegetable Seeds: Heated Propagators - jardin-perdu 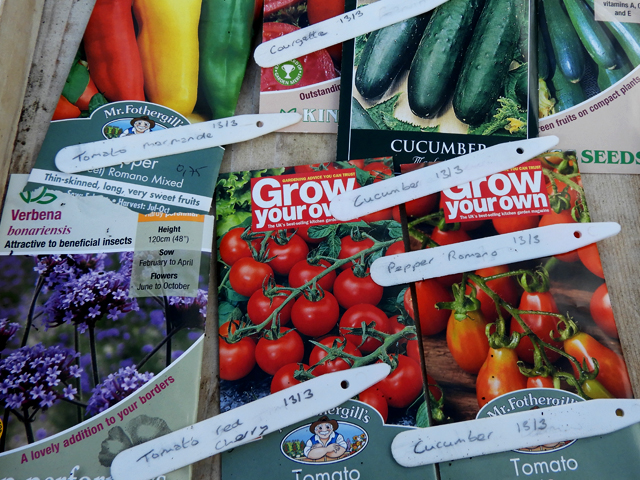 I have normally sown most of my vegetable seeds in the greenhouse by the end of February, especially those that need to go into the heated propagators such as tomatoes, peppers, courgettes, chillies and cucumbers. So on Monday I found myself in a panic when I realised that it was 13th March and I hadn’t sown a single vegetable seed yet. I’m firmly blaming the weather for this, it’s fair to say that it’s been an awful, long winter here with either rain or snow falling continuously since the start of November!

Despite snow and night temperatures of -6c being forecast again for this weekend, I was determined to get things underway and on Monday afternoon I set off to my greenhouse armed with seeds. 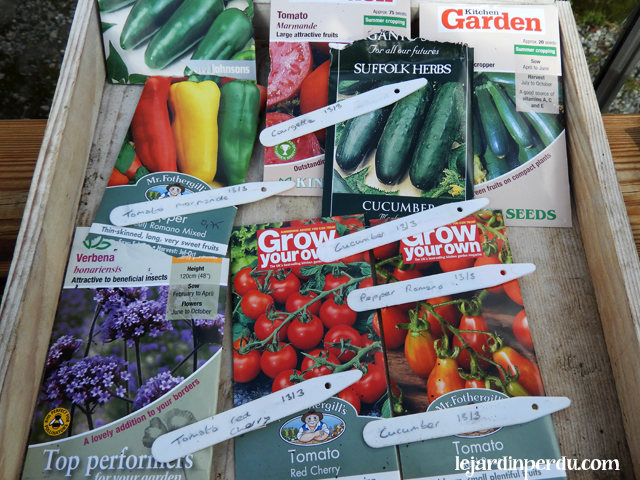 Certain seeds need the extra warmth of heated propagators to aid their germination. It was these seeds that I decided it would now be safe to sow even with more cold weather forecast. At least under the extra protection of my heated propagators they’ll be snug whilst the outside plants are once again freezing in the ground.

When sowing seeds it’s best to use seed compost or terreau semis as it’s called in French. This is a fine soil that contains few nutrients which could damage seedling. 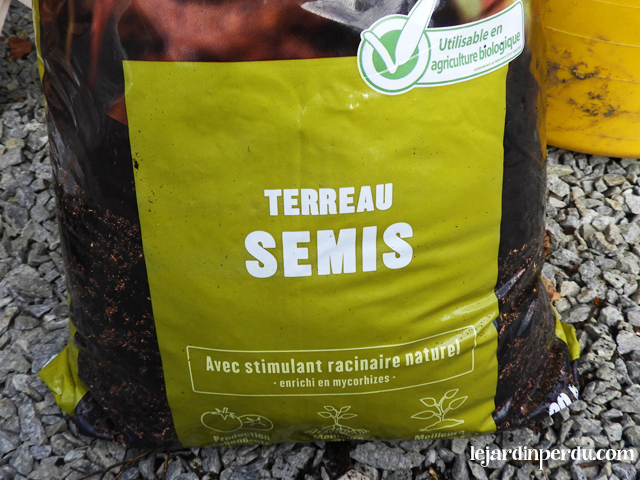 Which type of container to use really depends upon the size of the seed. It is usual to use (though not a rule) seed trays for smaller seeds such as tomatoes and chillies which will be pricked out (transplanted) into pots once they have gained their first leaves, and pots for larger seeds such as courgettes. 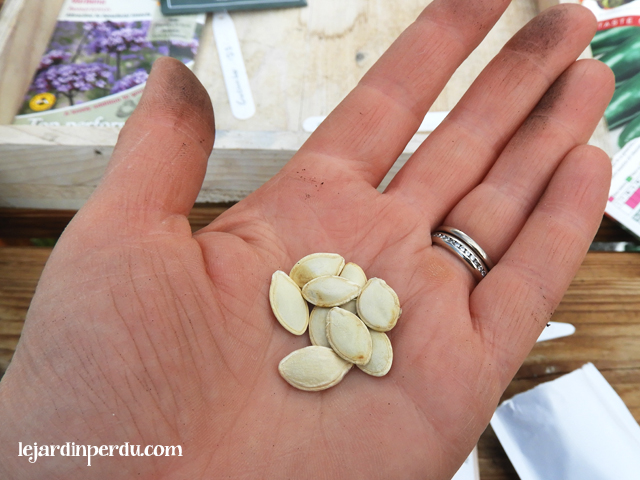 With larger, flat seeds such as courgette and cucumber it’s best to plant them on their edge rather than flat. If laid flat water can sit on the seed causing it to rot. 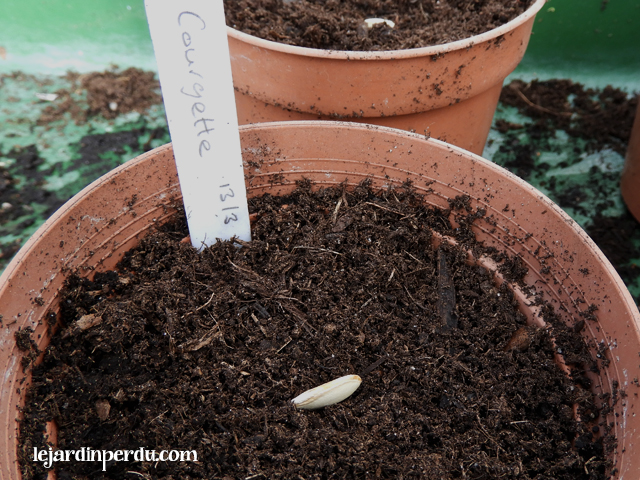 Once planted cover the seeds with a thin layer of soil and water them well. Place the pots and trays in a heated propagator if you have one or if not seal them inside a clear plastic bag which will help to generate the warmth they need to germinate. Once the seedlings start to appear you can remove them from the propagator or bag.

Today the rest of this year’s vegetable seeds were delivered.  Although I’m itching to get these sown, I think it would be prudent to wait until after this upcoming cold snap has passed as they will just be sown in pots in the greenhouse and not put in the heated propagators.

For those of you with keen eyes, you will also have spotted that I went to the greenhouse armed with Verbena Bonariensis seeds. I adore this flower and sow seeds every year, even though it does also self seed in the garden. Why? Verbena Bonariensis is a huge butterfly magnet and I’d never be without it in my garden. If you need any convincing to grow this flower, pop across to my blog about Verbena Bonariensis from last year and take a look at the photographs.

Have you started to sow any vegetable or flowers seeds yet? If you have I’d love to know what, please do leave your comments in the box below. 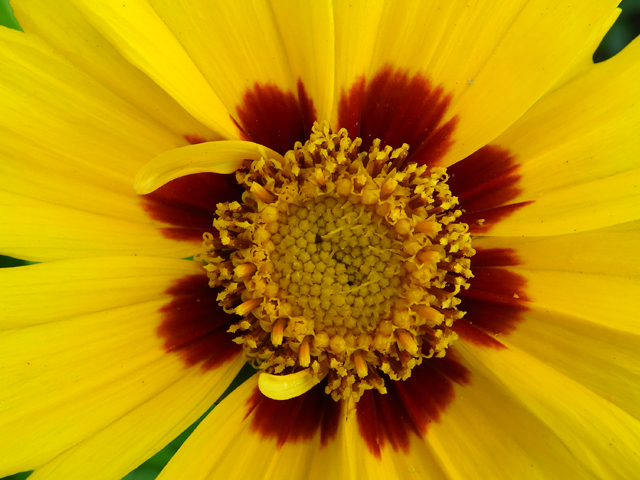 Companion Plants for your Vegetable Garden 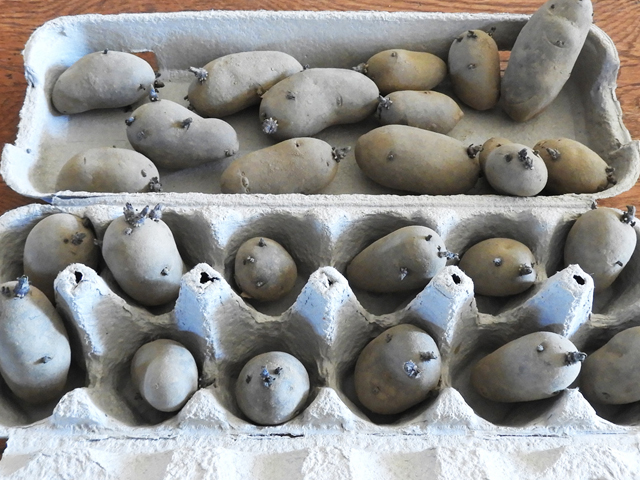 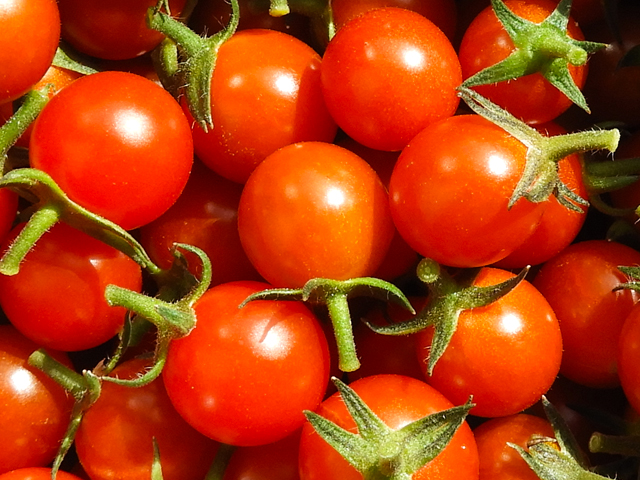