Warning: "continue" targeting switch is equivalent to "break". Did you mean to use "continue 2"? in /homepages/44/d289637826/htdocs/gardenblog/wp-content/themes/oldpaper/framework/redux-framework-master/ReduxCore/extensions/customizer/extension_customizer.php on line 343
 jardin-perdu / Summer dreams; it’s time to plant summer flowering bulbs.

It’s the first of March, spring officially starts just 19 more days from now, and still in France the snow persists. This morning however, as I walked around the garden with Tipsy, one of our cats, I felt optimistic for the first time that perhaps, at last, winter was on its way out.

Although parts of the garden are still covered by a layer of snow, it is melting, the day is warmer, grass is appearing, and hopefully this time the green will stay. 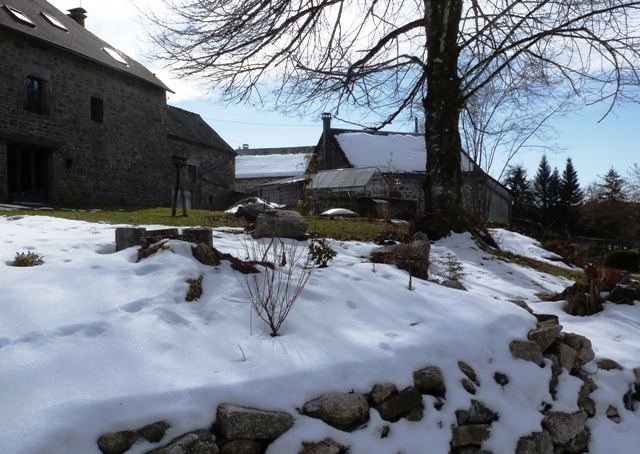 Through the melted patches of snow, having survived for 8 weeks under an almost constant blanket of white, tulips, snowdrops and Hemerocallis are fighting through and sending up their first shoots. Yes I believe it is time to be optimistic and hope that before long we’ll soon all be up to our elbows in dirt, digging up, dividing and moving our plants. 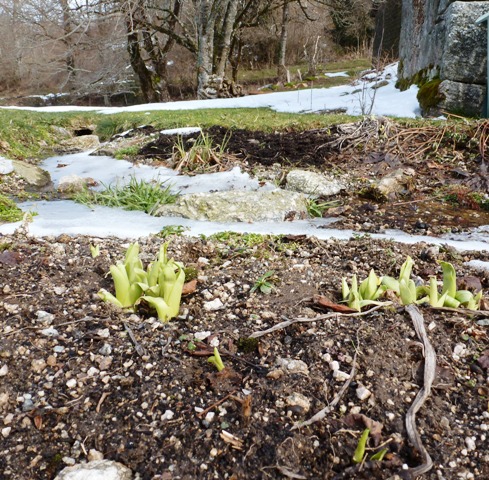 Whilst I can’t see me doing much in the garden this weekend, there is still plenty of snow, and where is has melted, the ground is sodden, it is time to start buying bulbs which can be planted in March for added summer show. With summer flowering bulbs, we’re talking big, bold and definitely not bashful. Here are my top 5 summer flowering bulbs 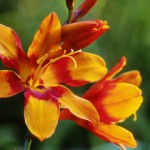 A hardy herbaceous perennial, you can buy Crocosmia bulbs now for immediate planting. Crocosmia, can thrive in full sun or partial shade, and in either an exposed or sheltered position. They will flower continuously from August to October and will multiply quite happily allowing you to divide them the following spring. I like;

Dahlias are half-hardy, and do need winter protection, although personally I no longer go to the trouble of digging them up, instead I leave them in the ground and cover them with a good layer of mulch. Dahlias come in a multitude of colours, sizes, and styles. Which you choose depends on how flamboyant you want to be! Dahlias flower from July – October. I like;

Dahlia Balle ‘Evelyne’ a lovely creamy white dahlia which is tinged with mauve. 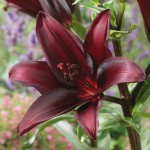 Lilium are hardy, bulbous perennials which flower from July – August. Plant in full sun, well-drained soil and in a sheltered position. Back in the UK my lilies were always badly affected by lily beetle, but to date I have not had any problems here in France. I like; 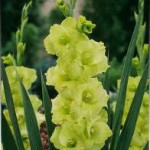 Gladioli like to be planted in hot spots and must have good draining soil as they do not like to sit in the wet. Planted in the right position these flowers will put on the most spectacular of shows from July – September. It is best to hold off planting these bulbs until later in the month, once the risk of frost has passed. I like; 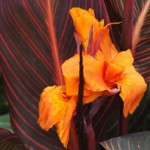 Canna can have green or purple leaves, but it is the wonderful colours of the purple-leaved varieties which I love. They are tender perennials and so will need lifting in winter. They are best over-wintered in pots in a frost-free shed or greenhouse. They are a bit more effort but the stunning flowers which are produced from July until the first frosts are worth the extra effort, these guys are the movie stars of the flower world. Although they look good in full sun, Cannas actually perform best and keep their foliage colour better in semi or full shade. Plant in well-drained, fertile soil. I like;

Get dreaming of the long, hot French summers and planning your equally hot, dramatic borders. All these bulbs can be bought here in France from Plantes et Jardins, click on the link either in the footer or side bar to take you to their website.

If you have a favourite summer flowering bulb or a specific type of Dahlia or Gladioli which you think is a real winner, I’d love to hear about it, so please leave your comments in the box below.